For some reason, my recent open source work has been focusing on the Python asynchronous GraphQL ecosystem. A few months ago, I stumbled upon Tartiflette, a Python 3.6+ async GraphQL engine built on top of libgraphqlparser. I got hooked up, and decided to contribute. Mix this with my previous experience with ASGI gained from building Bocadillo, and the result is tartiflette-starlette.

tartiflette-starlette allows you to build GraphQL APIs with Python and Tartiflette and then serve it using any ASGI web server. The API design is inspired by the design principles behind Starlette and ASGI — clean, explicit, and composable.

If you save this as graphql.py, you get a production-ready GraphQL API with the following features: 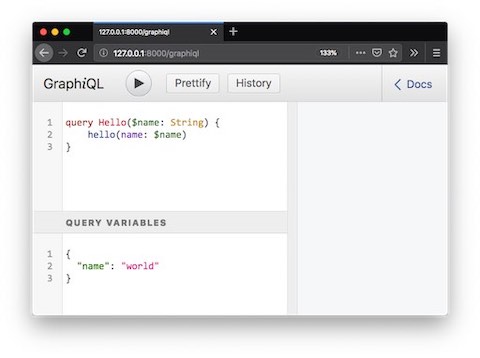 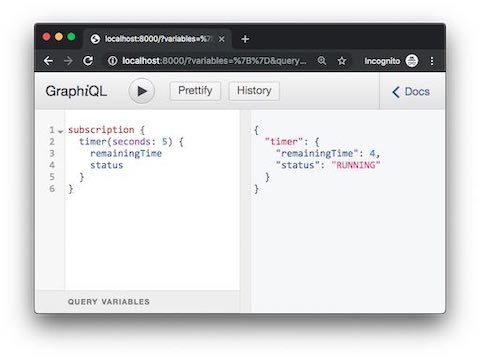 There are many more options to TartifletteApp, including passing a custom Tartiflette Engine, or customizing the GraphiQL configuration. You can learn about all the available features in the documentation on GitHub.

The introduction example works because TartifletteApp is an ASGI3-compliant application, and as such it can be served by any ASGI web server, including uvicorn, hypercorn and daphne.

Besides, tartiflette-starlette is dead-easy to integrate against any ASGI web framework. For example, Bocadillo has a GraphQL with Tartiflette guide that shows how to mount a TartifletteApp as a sub-application, serving it along with the main Bocadillo application.

(Don't let the name fool you — tartiflette-starlette is not particularly tied to Starlette, which it only uses as a lightweight ASGI toolkit.)

I started working on tartiflette-starlette in April 2019. The initial goal was to add ASGI support to Tartiflette, which could then only be served using aiohttp using the tartiflette-aiohttp official wrapper. The first version was literally built in a few hours, but it was rather rudimentary.

I feel like there's not much left to be done with tartiflette-starlette. Although it will require maintenance (as all software projects), it is already very much a finished product. Still, feel free to try it out and share feedback!

I feel proud of what has been achieved so far, mostly because I managed to pull all of this off without initial knowledge about GraphQL or its ecosystem. I learnt a lot in the process, which has definitely been one of the key motivation drivers.

Besides, tartiflette-starlette is the result of a collaboration with the engineers who work on Tartiflette full-time, and I want to thank Stan, Aurélien and Maxime (yep, all people involved in this story are French) for their support and feedback.

I started my final year internship about the time when I began working on tartiflete-starlette. Yet, my open source activity has been at an almost all-time high. Bocadillo is still under development, and I also manage to find some time for djangorestframework-api-key. Lots of exciting open source work ahead!